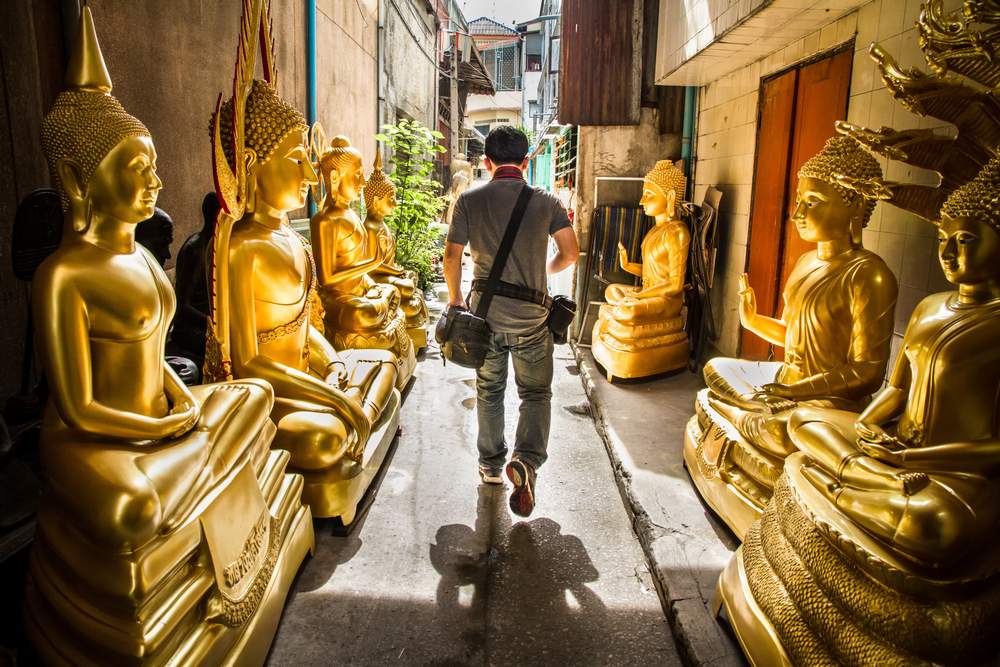 You might have noticed that I’m a strong supporter of travel and education. The two are not mutually exclusive in my book. In fact, I would argue that travel is a richer experience for the depth that a proper education adds to a person’s ability to think, reason, and question regarding his experiences in the world. I would also argue that no education is complete without a stint outside of one’s own culture.

Does this mean that you’re not educated if you hold a degree from a university in the mid-west but have never been outside of a three state radius? No, it just means that there is more to learn. But that’s true for all of us, isn’t it? What is life but a cradle to grave education and re-education? The idea that we’re at some point “educated” because we’ve completed a set course is just silly, so don’t get your feathers ruffled when I make the assertion that travel should be part of a well-rounded education. I’m not criticizing you; I’m setting the bar higher for me.
Why do I think travel is a vital part of every well rounded education?

I’m not belittling traditional education. I’m a huge believer in a rigorous and thorough education for everyone. I’m not, however, naive enough to think that everything we need to know for full participation in “the real world” can be learned inside four walls with a new package of crayons purchased each September. The purpose of a good grounding in the basics is to equip us to take on the bigger challenges, both physical and mental, not to mention social or ecological.

I would also argue that no education is complete without a stint outside of one’s own culture. Does this mean that you’re not educated if you hold a degree from a university in the mid-west but have never been outside of a three state radius? No, it just means that there is more to learn.

Beyond enlivening and giving purpose to subject matter, travel teaches things that simply can’t be learned in a classroom:

Travel Provides a “Why” for Formal Education

Travel often provides a person with the “why” for the subject matter that’s boring her to tears in the classroom.
Spanish seems a silly thing to learn when the upper peninsula of Michigan is your only frame of reference, but it’s an all consuming necessity the moment you step off of the plane in Bogota.

The Vietnam War seems like a long list of dates and odd place names to memorize until you find yourself peering into an old American bunker above the Perfume River, with the son of a Viet Cong for a guide.

Pol Pot got exactly one paragraph in a high school textbook. It took a little longer than that to explain to my kids why there are so few old people in Cambodia. They were riveted.

It’s hard to get a person interested in abstract concepts, and the rest of the world is an abstract concept to many. If, however, you’ve got a point of reference – a person, place, thing, or an experience to tie the information to, then all of a sudden it’s a whole different ballgame. So many of the subjects that are “dry and boring” inside classroom walls are the greatest stories ever told when you have been to the place in question.

The cathedrals of Europe enliven Catholic history like little else. The pyramids of Central and South America tell stories that no three week unit on Mexico in third grade ever did. I’ll never forget my eight year old lighting up like a comet and tearing around the museum room at the ruins of Copan, in Honduras, when he made the connection that the hieroglyphs told a story, “A REAL AND TRUE STORY!”

Maybe you didn’t have the chance to travel when you were a kid, or even take a semester exchange through your high school or study abroad during college. That’s okay. Travel now. Your education is still in progress – get out there, learn more, rekindle lost interests, let the world teach you!

Often, travel opens our eyes, not just to the world on the surface, but to the human world, the lives and experiences of our brothers and sisters on different parts of the planet. Sometimes an opportunity presents itself that awakes your passion, or shows you a place where you could be of service and make a real difference in the world. Sometimes, it’s a moment that alters the course of your whole life, sometimes it’s a simple opportunity to sow into the life of others as a free gift to the universe.

Like the grandmother who visited Cambodia on holiday and stayed for years, working alongside a fellow who is single handedly caring for 20 orphans in his family home.

Like the family who drove into Guatemala looking for adventure and ended up building a farm and a humanitarian project around it.

Like the serendipity of hearing a public radio segment about a literacy program called Co-Ed Guatemala, visiting one of their schools in Pixabaj and, as a 14-year-old, working hard to raise money so that other kids can learn to read.

Like discovering it will only take $400 a year to put a young man through school as an English teacher and making the commitment, on the spot, to be his benefactor.

Sometimes, travel shows us who we are in the context of the whole world in a way that simultaneously brings us to our knees and inspires us to get up and do something. Sometimes, through travel, our life’s work and passion presents itself; sooner rather than later if we’re lucky!

There’s more to this article… read the original here, on BootsnAll.