It took me nearly forty-two years, but I finally did it.

I was only going to be there for a week. I knew nobody there. I had a pre-paid hotel reservation, my Scotiabank Visa debit card, an Oyster card, a 6-day London Pass waiting for me, a Tube & Overground map, a few geeky, fanboy, places I knew I wanted to visit, a smartphone with a good, cheap, international roaming plan, and a few travel tips; some from my friend Jennifer, and others from Duff McKagan’s second memoir. I had a plan, a suitcase, a tote bag, and a passport with ONE stamp in it, from my week in NYC, one year prior.

Turns out, that’s all I needed to have my second amazing travel week.

Looking back, I’d never have expected to be there.

I grew up in Kingston, Ontario, Canada. Before I turned 17, every out-of-town trip was with my mother, to visit family. Most of those were to the Ottawa-Hull area. In my first 26 years, the furthest from home I had ever been, was Montreal. I visited the USA seven times, all by car, never going further than Watertown, NY (about an hour and a half away), Add in a few trips to Toronto (some with my mom, some class trips, and a few on my own), and that was the extent of my travelogue.

In 26 years, I was never more than about 3 hours’ drive away from home.

In June, 2000, that changed dramatically, when I moved to Victoria, BC. It was my first flight, my first view of the Rockies, my first contact with an ocean, and my first time living away from all family and all but one friend. But as much as it was an adventure, it soon became the norm. I lived there for 5 years, had a job, made friends. The traveling I did from Victoria (apart from vacations back in Ontario for a week or two) consisted of short-distance trips, for typically no more than four days. I was never further than a 5-hour drive away from home.

I didn’t realize it at the time, but looking back, I now know how important those short-distance, short-stay trips were. 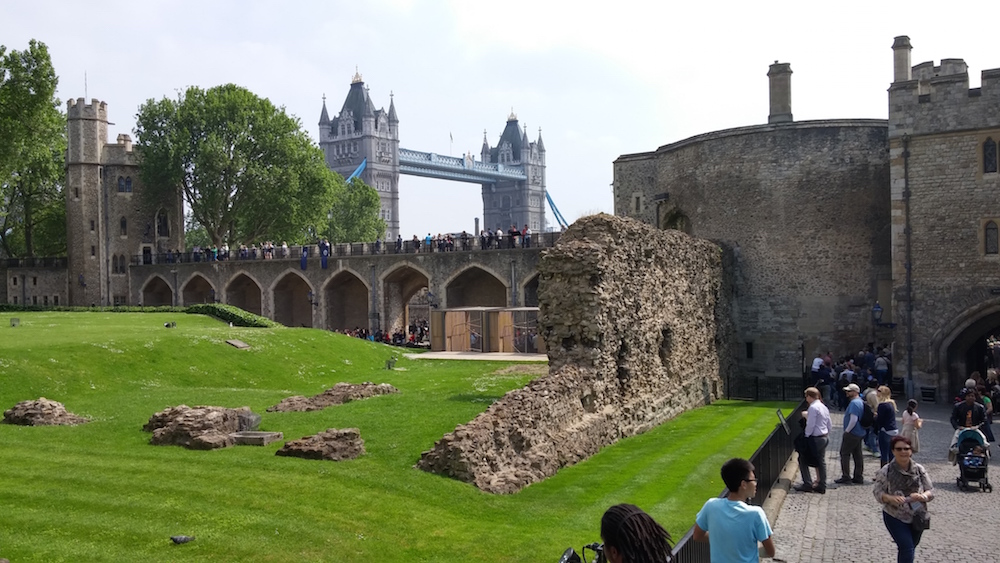 All the experiences that I still remember all these years later…

In Ottawa, on a weekend family trip in 1998, I saw glam-rock band Cinderella, at Super EX, Lansdowne Park, 1988, when I was 14. It was the first rock concert I went to by myself. Fred Coury played an impressive drum solo, with an equally impressive light show. Years later, I saw my first stand-up comedy concert: George Carlin, at the NAC when I was 22. Funniest man ever…

In Vancouver, I saw my first NHL hockey game on March 15, 2003. My Leafs beat the Canucks 1-0. That night, I discovered that Gastown wasn’t as scary a place as I thought it might be. On another Vancouver trip, I saw my first ever planetarium show, and touched a moon rock at the H.R. McMillan Space Centre. The rock was black & smooth. Not what I expected at all.

In Seattle, on an extended weekend, I saw my first NFL football game on November 16, 2003: Seahawks over Lions 35-14. I discovered a pizza called the John Candy, at Zeek’s Pizza on Denny Way. Delicious! Also, on that trip, I visited the Boeing plant in Everett, WA and saw the 747 assembly line.

Next time I was in Seattle, June 2004, I saw my Toronto Blue Jays play the Mariners at Safeco Field for a 3 game series (Jays took 2 of 3). In 2005 I went back & saw my second NFL game: my Seahawks beat the Atlanta Falcons, 21-18 on Sept 17. I remember the Seahawks fans wearing a wide variety of different player jerseys, and that all but 2 Falcons jerseys I saw in the crowd were for Michael Vick, and I remember drinking mead at the Collins Pub at Pioneer Square. I remember less after that…

On a summer drive up Vancouver Island, I remember the burger and fries at the Royal Coachman Pub in Campbell River, and the wings at the now defunct Foundry Pub in Nanaimo, which were amazingly good, just edging out those at the Whistle Stop Pub in Courtenay. I remember the view of Elk Falls and the view from the top of Mount Washington.

If not for those seemingly simple road trips to places not all that different from home, I wouldn’t have experienced any of that. Without those experiences, I likely never would have taken the trip to New York City.

On May 30, I boarded my first flight to another country

It was only a 90-minute flight to a country I could have driven to, but it still felt like a big deal to me. Seven days in New York City was both not nearly enough time to experience it, and more than enough time to make me want a vacation from it, but I know I’m going back. The food, the jazz clubs, the comedy clubs, the museums, the pubs, Times Square, the view from the Empire State Building, walking George Carlin Way and seeing his childhood home … I know I’m just scratching the tip of the iceberg.

I have to see more

…and not just more of New York, but of the world.

I decided then that I was going to London the following year.

Fifty-one weeks later, I boarded my first flight over an ocean to what felt like a truly foreign land, except that everything was in English, not that it always sounded like it to my Canadian ear. I was happily, confidently, definitely out of my element and loving it, knowing that I could adapt. As long as I knew where to find a nearby Costa Coffee or Pret A Manger, Tube station, and Barclays ATM, I’d be fine. That would keep me alive & awake, able to go where I want to, buy what I need to, and get back to my hotel every night. Everything else was up to me.

This was easily as exciting as New York. More so, because it felt so easy to get lost. It took some time to get used to street signs on corners of buildings, and traffic coming from the opposite direction when crossing a street, and the maze of streets that never seem to follow a straight line or meet at a right angle was just unreal to me. Still, I discovered how enjoyable it could be to get at least somewhat lost in London. The aforementioned smartphone was very handy!

To me, New York is an impressive, modern city. London is a modern, impressive city. It sounds like a subtle difference, but it looks and feels like a world of difference.

New York is Times Square, London is Trafalgar Square. New York is Rockefeller Centre, London is Buckingham Palace. Hyde Park just feels more relaxing to me than Central Park. London has a chaotic structure, but a well-mannered feel. New York has a well-ordered structure, and a chaotic feel. Both were a pleasure to see, hear, smell, taste and feel.

I think the best effect that my New York and London experiences had on me, is that they gave me a greater appreciation for my home. I find that I see my own habitat more objectively now, having seen other places as an outsider, from the inside. It makes me want to experience more places, and confirms to me that, even at age 42, it’s not too late.

I’m going back to Victoria for a week, this fall. I want to go back to London next fall, and maybe use it as a launch pad for any of Paris, Manchester, Dublin, Belfast, and Edinburgh. New York will probably have to wait until 2018, but hopefully no longer than that. I’m also thinking about Australia and South Africa as possibilities for the future.

It’s all possible, so I’m making it doable. 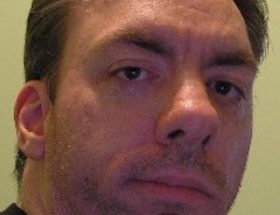 Jason Crobar is a Security Specialist in Toronto, Ontario, Canada. It took him more than forty years to fall in love with international travel, but he’s definitely caught the bug. New York and London are just the beginning!