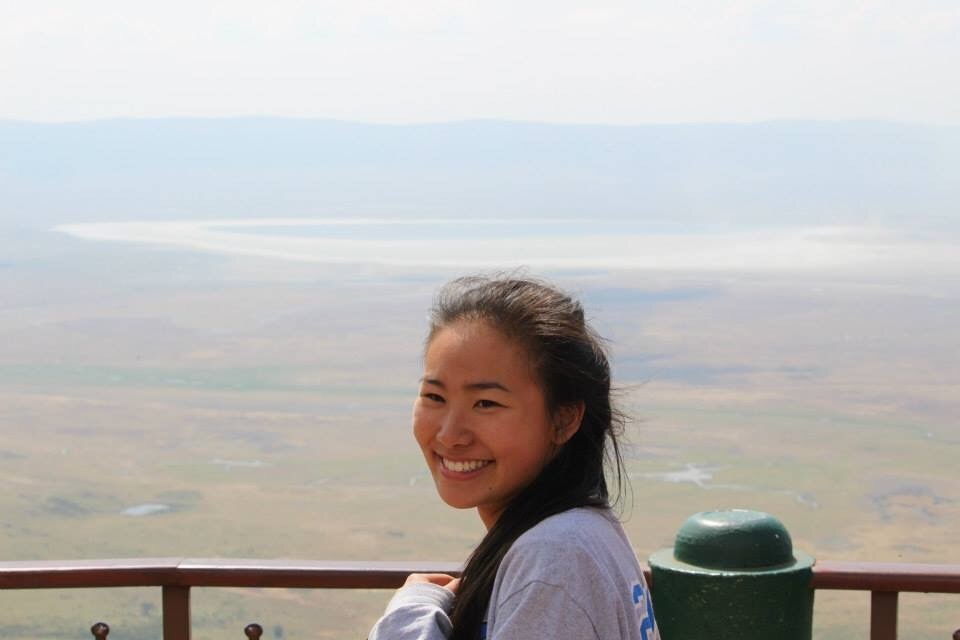 Rolling into week 4 of our grant recipient winners we are happy to introduce and congratulate Michelle Zhang! 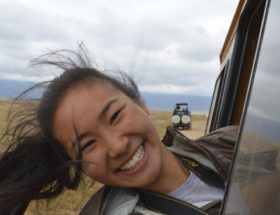 I have another name; it’s rarely used outside my family and not even printed on my birth certificate. But the other name, ??, connects me to my heritage and unravels a story. It symbolizes the beginning of a far reaching journey and means “open sail”. My sail opened thousands of miles away from my parents’ home in China, and wishing for me to go even further than they had, they naming me ??. Careful with naming your kids though because by age fifteen, I was already begging to travel to Tanzania alone. 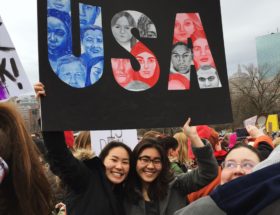 In freshman year history, learning about the golden ages of world civilizations inspired in me a want to travel and learn more about the modern world. Africa especially interested me because of how little I knew about the entire continent. So I asked and got “absolutely not.” Having immigrated from China, my parents didn’t know anyone who’d gone on a service trip let alone the point of me going. I pushed and got stumping counterarguments. “Why can’t you volunteer in China? Why can’t you donate your program tuition to charity?” Looking back, I’m glad they challenged my motives; it humbled me. I went in understanding that I wasn’t heroic, that what would be most helpful was my acceptance that I couldn’t really help until I knew more. So I established my objective as to learn about humanity which I felt was best done somewhere completely foreign like Tanzania. This goal along with much research and fundraising convinced my parents to let me go. 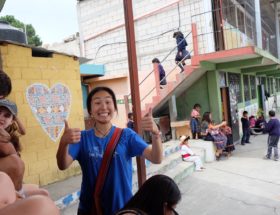 In Tanzania, I learned to critically think about effects of foreign aid, globalization, and even voluntourism on developing countries. I met and befriended teens from all over America and the world as well as Tanzanian program staff who helped us interact productively and respectfully with the local community. They showed me a wide range of perspectives on life that taught me open mindedness and the beauty of humanity’s diversity. 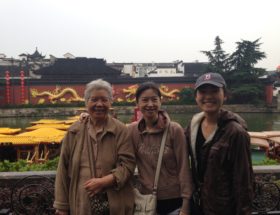 The biggest, most unexpected way in which I matured though was in how I perceived myself. I grew up in a predominantly white town. In public elementary school, I started as one of two Asians in my grade, and my graduating class of 160 students had 13 students of color. Needless to say, as I entered the age of wanting to fit in, I hated being Chinese. My ears burned when I overheard Asian jokes, I bought lunch because the alternative was bringing (real) Chinese food that other kids said smelled weird, and the last thing I wanted was anyone noticing my race. In Tanzania though, I didn’t mind when kids pointed at me yelling “mchina!” because they did the same to my white friends, calling them “mzungu,” because once someone told me, “China is Tanzania’s good friend; they build us roads!” 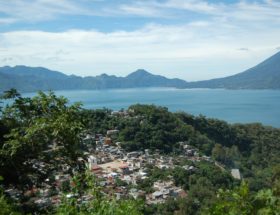 This subtle shift in how others interacted with me due to relations between peoples and cultures throughout history made my identity fascinating instead of embarrassing. Through travel I learned that how others saw me said more about them than me; I learned to love people’s differences and started accepting my own.

The next summer I returned to China to visit family. Though I’d gone before, it was the first time I went as a critical thinker with newfound openness to my roots. I rediscovered my beautiful cultural heritage and became proud to be Chinese American. Only when one loves oneself can she love others; thus I also gained greater empathy with the broader struggles of minority groups beyond my own and a passion for global socio economic justice. In China, I also held a more intensive, full time volunteer English teaching position. I learned the difficulty of bringing an ambitious vision to life with limited resources and what failure was when my production of Alice in Wonderland, for which the kids and I spent weeks preparing and rehearsing, fell apart on performance night. Because I learned from that failure, I effectively led five school clubs the following school year. Through my foreign exchange, Asian culture, and service clubs especially, I spearheaded efforts that benefitted my community, including volunteering trips, fundraisers, and cultural exchange activities

My improved leadership skills and passion for social justice joined forces when a drama production that addressed racial biases, Defamation, performed at my school. It revealed hidden racism, messy disagreements, and the clear need for a space to constructively talk about race and similarly touchy subjects. In response, my friend Jazmyn and I began a series of monthly open forums where teachers and students could talk about such topics in a way that allowed for people to hear out each other’s perspectives, get uncomfortable, then learn from their discomfort. In sharing how Tanzania started this domino of growth for me, I won a scholarship with the same company to teach English in Guatemala. There my interest in other cultures and passion for international relations/socioeconomic justice was further affirmed.

I’ve come a long way because I opened my sails in daring to live, pursue what fulfills me, and embrace potential hardships as learning opportunities. My gap year is keeping those sails open. What I’ve learned from my travel experiences brought more relevance to classroom learning and vice versa. Therefore it only made sense to take a gap year gaining real life knowledge in the field I’m interested in before studying it in university. I wanted to intern for an NGO that effectively tackles systemic issues like poverty, but proficiency in the language of wherever I’ll be is crucial if I want to optimize how much I can help and learn. Thus I decided to spend my year in Latin America, starting at a Spanish school in Guatemala run by a local couple. Spanish is extremely relevant, and many Latin American countries, including Guatemala, have fascinating histories that I, especially as an American interested in foreign relations, seek to learn about because of the shady, detrimental part America played. Once proficient in Spanish, I will not only be able to seek an internship but understand the region on a deeper level by making more meaningful connections with those I meet.