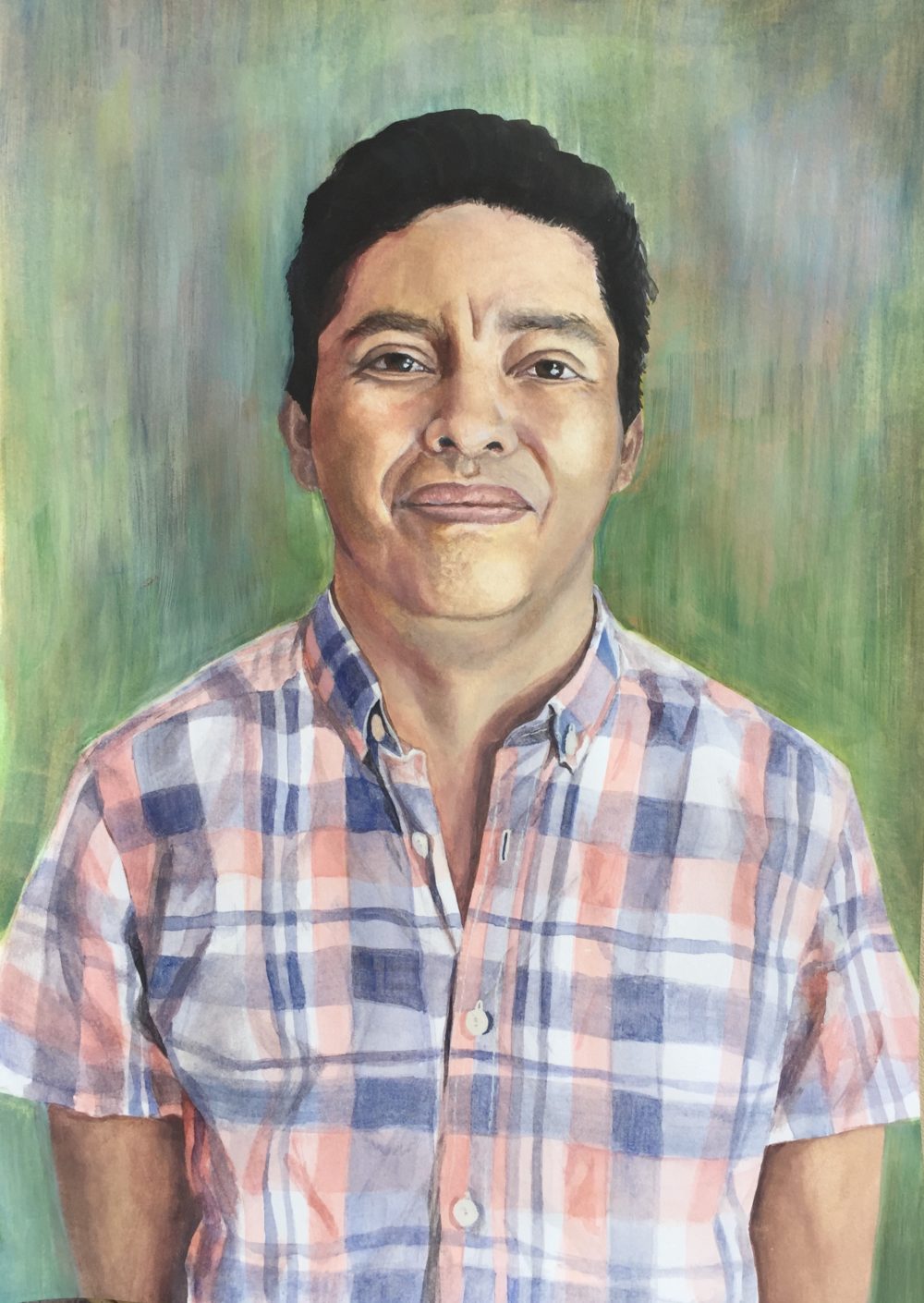 After painting my host sister at the fair, my host dad, Angel, asked if I could paint a portrait of him too but for his funeral. He starts describing how he’ll get it framed, and it will sit right on his coffin staring out at everyone when he dies. Angel is always making ridiculous jokes like this, so at first I laugh, but then I realize he actually would like this portrait.

My host mom tells me he’s always wanted to hire someone to paint him and how excited he was that I agreed to do it. They tried to pay me which I refused because how can I take money from people that have given me something as priceless as genuine family love?

In a way, art is priceless too. This portrait is how Angel chose to present himself to be immortalized in paint. It is how I chose to capture what I saw; it is a human being’s perception of a fellow human manifested in deliberately placed strokes of light and dark, warm and cool on paper. I gave it to my family as a parting present.

The giving of priceless things, whether tangible or intangible, to people once perceived as foreign strangers is, to me, the heart and soul of life spent traveling.