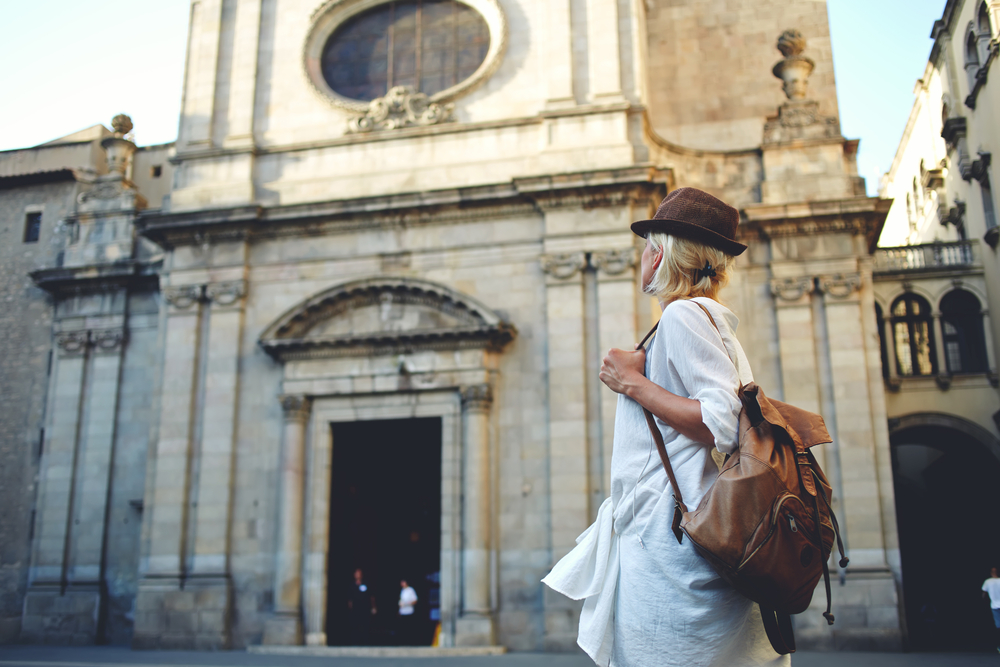 What’s a traveler to do when nothing is going according to plan?

Suck it up, Buttercup?

It’s a hard reality that, at some point on your gap year, you’re likely to come to a place that you don’t want to be: stuck in an airplane terminal for days, freezing in a yurt in outer Mongolia, delirious with fever somewhere miserable, stuck in a miserable hole in the wall with bedbugs instead of in the four star resort you were expecting when you booked. It happens.

These are the moments that make great stories and the experiences that earn you your veteran stripes in the travel world. Whether they make or break your trip is largely down to one factor, and it’s not whether or not you’ve got a back up fund that can bail you out:

An optimistic attitude is by far the most important thing you’ll pack along on your journey.

It will allow you to get through tough days and over challenges that stretch you to your breaking point. An optimistic attitude will lend the perspective you need to bear through the now, knowing that it won’t last forever and later it will be better… even if it has to get worse first!

An optimistic attitude will allow you to believe the best of people, even when you’re in a bad situation. It will help you to remain positive and solution oriented, even when the day is looking pretty hopeless.

Having an optimistic attitude is not a sunny disregard for the realities, on the contrary, it is the choice to see what you have instead of what you have not, and a determination to focus on how to work towards a positive outcome. Optimism is not pretending that things are good, it’s believing that they could be worse, and working to make them better.

Here’s something to ponder: There is no need for optimism if there is no conflict.

It’s easy to be cheerful when everything is going well, when your gap year is one sunset postcard after another and you’re riding high. The real test, the real opportunity for character growth comes when things are not going your way. At that moment, you have a choice to make: you can react in knee jerk fashion out of the frustration or physical discomfort you’re feeling, or, you can choose an optimistic attitude.

Of course an optimistic attitude is not something you can order at REI along with your titanium spork and have delivered in a lightweight packing cube to fit nicely alongside your water filter and guidebook. A very few people come by it naturally, but for most of us, it’s an exercise in character development and intentional thinking. It’s a quality born of adversity and enough miles under our belts, literally and figuratively, to have some perspective on the journey.

Everything can seem like a crisis when it’s your first (or second, or third) rodeo. It’s only after you’ve suffered through enough sleepless nights on pick-an-uncomfortable-mode of transport, and recovered from enough jungle fevers, and slogged through your share of knee deep mud, up hill, both ways, that you begin to get a grip on what will and will not kill you, and what is and is not worth getting worked up over. You begin to employ that optimistic attitude as a survival tool, and a means to enjoying the ends in a way that you cannot if you allow yourself to be miserable.

Yes, that’s right… you allow yourself to be miserable.

Sometimes travel is miserable, and situations are miserable, but you need not be miserable if you’ve packed your optimistic attitude.

After you’ve survived a few things and developed some optimism in your journey, the next calamity will find you standing around outside the bus with the broken wheel, roadside in Laos while other young travelers are manning their panic stations, playing the “It could be worse… (It has been worse!) game:

“Well, it’s not that bad, at least we’ve got chips, remember that night in Italy where we were at the top of the cliffs of insanity and there was no food, all we had was that last packet of instant rice and those figs we picked off the tree?”

“Yeah, and at least it’s not raining, remember that logging road we camped on in backwater Nova Scotia… and the bottom of the tent felt like a waterbed there was so much water running under us?!”

“At least no one’s cut the end of his finger off with a filet knife, like in Guatemala!”

“And we’re not pooping to death on a chicken bus… THAT was a bad day.”

“Oh… remember the ferry to Africa? EVERYONE was throwing up and we had to just lay on the deck and try not to die. That was WAY worse than this!”

“Don’t forget Jakarta…. ugh… that was THE worst!”

Even though the day’s plans have taken a detour, there is always something good to find in the moment, if you look for it, and there’s always the perspective of realizing that it could be (and has been) much worse.