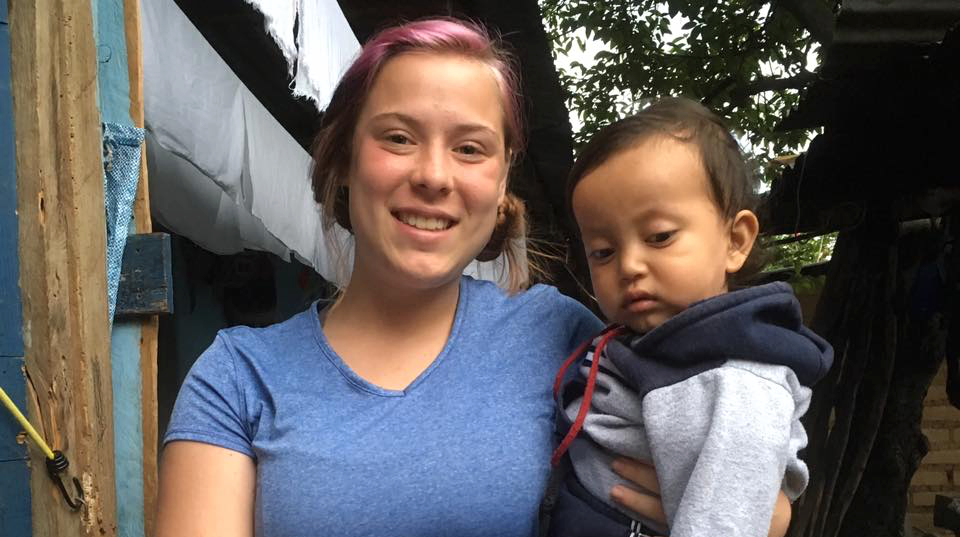 Two months ago, I would not have guessed that I would be approached by someone asking for an interview because they thought I was a hippie.

Going to Guatemala was my first trip outside of the USA, and I went with (probably unreasonably) high expectations about learning Spanish, seeing the culture, and cliff jumping. I didn’t even think about the impact that the trip would have on me personally. I didn’t think about the other girls that I would be traveling with, because I’m usually a socially awkward and sarcastic person, and I didn’t want to get my hopes up.

However, I did make one note to myself in my private journal before I left: Don’t be me.

I wanted to create a new personality for myself, to be someone new. Whether or not people liked me was beside the point, I just needed to find a new niche for myself.

A Journey of Firsts

This trip held a lot of firsts for me:

First commercial flights, first volcano climbed, first cliff dives, first time I was called ‘cheerful’ more than I was called ‘emo’ or ‘depressed’ by people who didn’t really know me.

On the trip back from San Marcos to Antigua, we each had a partner and we had to find our own way using the chicken buses. On one such bus I held a very interesting conversation. A young woman, who looked to be near my age, said something in Spanish that I understood possibly about 0.02% of and gestured at the seat in front of us. I, not even thinking about trying to understand what she said, picked up my bag and moved it to that seat, but then changed my mind and instead put it on the rack above my head and said something in Spanish roughly equivalent in English to, ‘It’s more okay here.’

She proceeded to start a conversation with me because she thought I was fluent. The thing was, instead of having to tell her I didn’t know enough Spanish to hold a decent conversation, I was responding to her overtures with sentences. I wasn’t sure they were correct, I didn’t know if the grammar I used was appropriate or not, but by the end of that bus ride, I had a new friend(who, by the end of the bus ride, still thought I was completely fluent, albeit with a terrible accent).

I left Guatemala having had my eyes opened to the culture more than I ever thought possible. The strong women that I saw in Guatemala were incredible. They had lived their whole lives being told that women shouldn’t be strong, that women shouldn’t do anything but cook and clean. Yet there they were changing lives all around them in the community.

The people that I met and learned about were all survivors against unbelievable odds. The things they went through on a daily basis I would watch on T.V. or read in a book and be saddened but amazed at the
resilience.

The girls that I traveled with made a lasting impression on me. No one judged me for how I looked, what I did with my time, or my outlook on life. The group was diverse, and we all had various beliefs about anything and everything. I had to think about why I believed what I believed, and the ability to talk about those controversial things without tears or stony silence is priceless.

The main thing that traveling to Guatemala changed for me is my five year plan.

Now, I know I want to travel.

No matter what else I do in life, I know I want to go places I’ve never been, and see things I’ve never even dreamed of seeing. This trip really showed me what I’m most passionate about.

And yes? I did jump off of cliffs.

Sarah Stephens and 8 friends spent two weeks riding chicken buses, boats, tuk-tuks, and fletes in the highlands of Guatemala. They climbed a volcano, jumped off cliffs, and adventured around Lago de Atitlan. It rained. They got wet. No one cared.