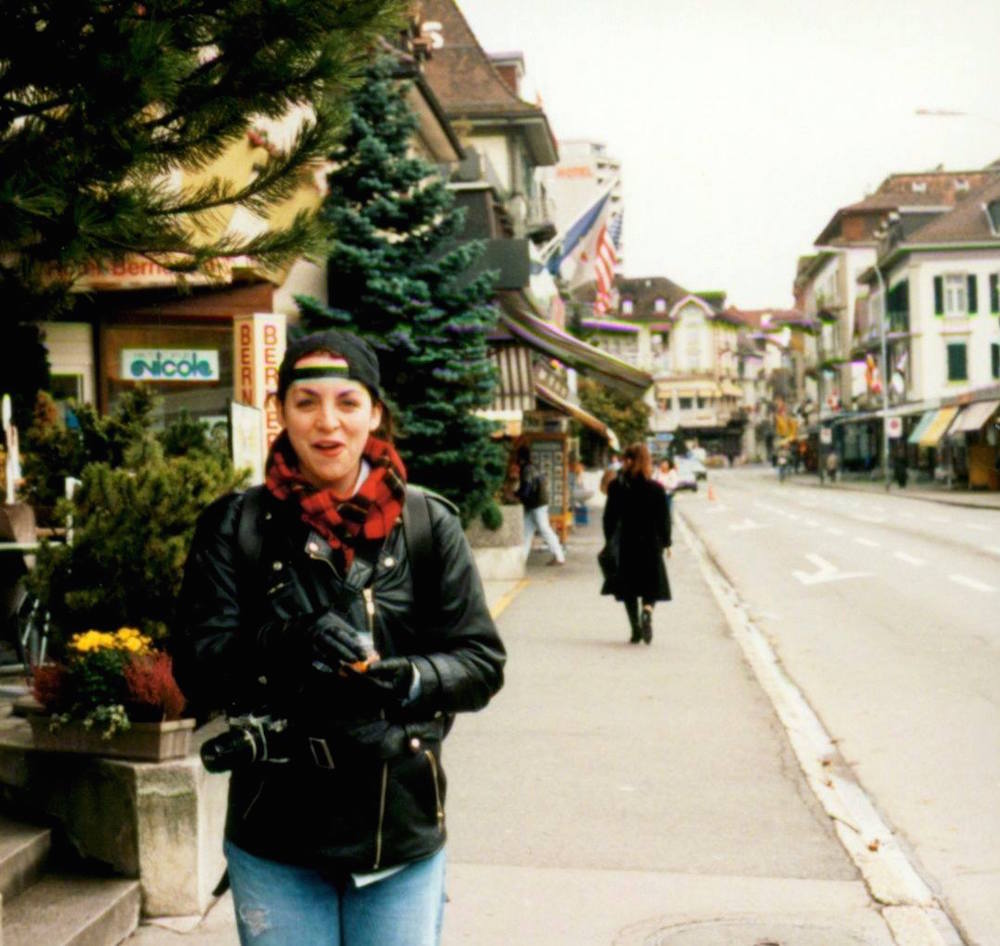 Jessica Sueiro travels full time with her husband, Will & two tweens. They travel slowly, and deeply, for the purpose of education and exploration… and it all started for Jess with a trip she took to the UK in high school:

Twenty-four years ago, this month, I took a trip that would forever change the way I saw the world.

Unfortunately, it took me another two decades to act on that change that was so deeply buried within my US state of mind. I am currently living a life of travel with my family, but there was a day when I was only a curious teen heading for England in my platform clogs and a leather jacket.
At 19 years old I moved to London for what I thought would be a grand adventure to see the world, party like a rock star, and maybe take in a bit of culture at the same time. Little did I know that five months in London, as well as gallivanting all over Europe would show me my authentic desires, ignite a deep passion for learning about other cultures and plant a seed that would not sprout for many years to come, but it would indeed sprout.

I grew up on an apple farm in rural Maine. Before I went to college I had been exposed to only a handful of African Americans, a couple of Jews, and an Asian here and there, but that was pretty much it. I came from a French, Catholic, and very white community with a population of under 5,000. Our family made a couple of trips outside the US in my childhood, but we always stayed within North America. It was not until I went for my semester abroad in London that I left North America and stepped on to my second continent.

During my time in London I chose to live with locals in order to gain a richer experience. I actually went through the classified ads in the paper to find roommates. In addition, I signed up for classes in the community, went to markets, saw concerts, took weekend trips, traveled with people I had just met, and much more. I had friends from school, however I made an effort to meet new people and do activities alone. Until this trip I had never spent much time alone and boy did this heightened my experience. 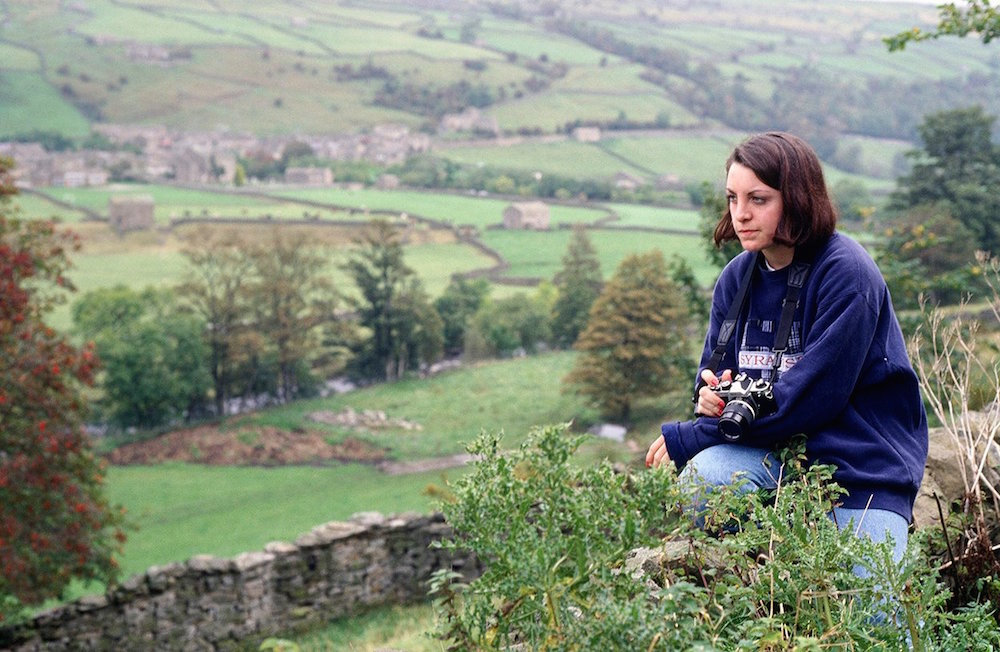 This segment of my life gave me the opportunity to find me.

I was able to learn that I could survive on my own, I could make new friends, I could be more than an extension of my family and friends. And at the same time it ignited a love for learning about cultures that has been with me ever since. In addition, I learned that people are good. The vast majority of the world is giving, loving, compassionate and willing to share what they know, their home, and their culture. This little girl from the apple farm learned that the world was not scary and did not need to be feared. As a result, she was forever changed.

My nineteen year old self took on London with an eyes wide open, bring it on, attitude that I look at now with great admiration. That girl was so naïve, untraveled and under-exposed, but boy did she have the determination to make it happen. I look back on that time and I have such a love for that part of me.

When I came back to the US I had a tough reentry.

I was even steps away from quitting university. I deeply longed for the daily dose of culture I had come accustomed to abroad. However, my American mindset kicked in full gear. It pushed me to get in that rat race, be responsible and start building my career. As a result life happened and I continued on that track. I met an amazing man (from a different culture), bought a house (and another, and another, and another), pushed my career forward, worked long hours, rested very little and continued on this path for almost two decades. I was following what I was “supposed” to do until one day we (my husband and I) said ENOUGH. 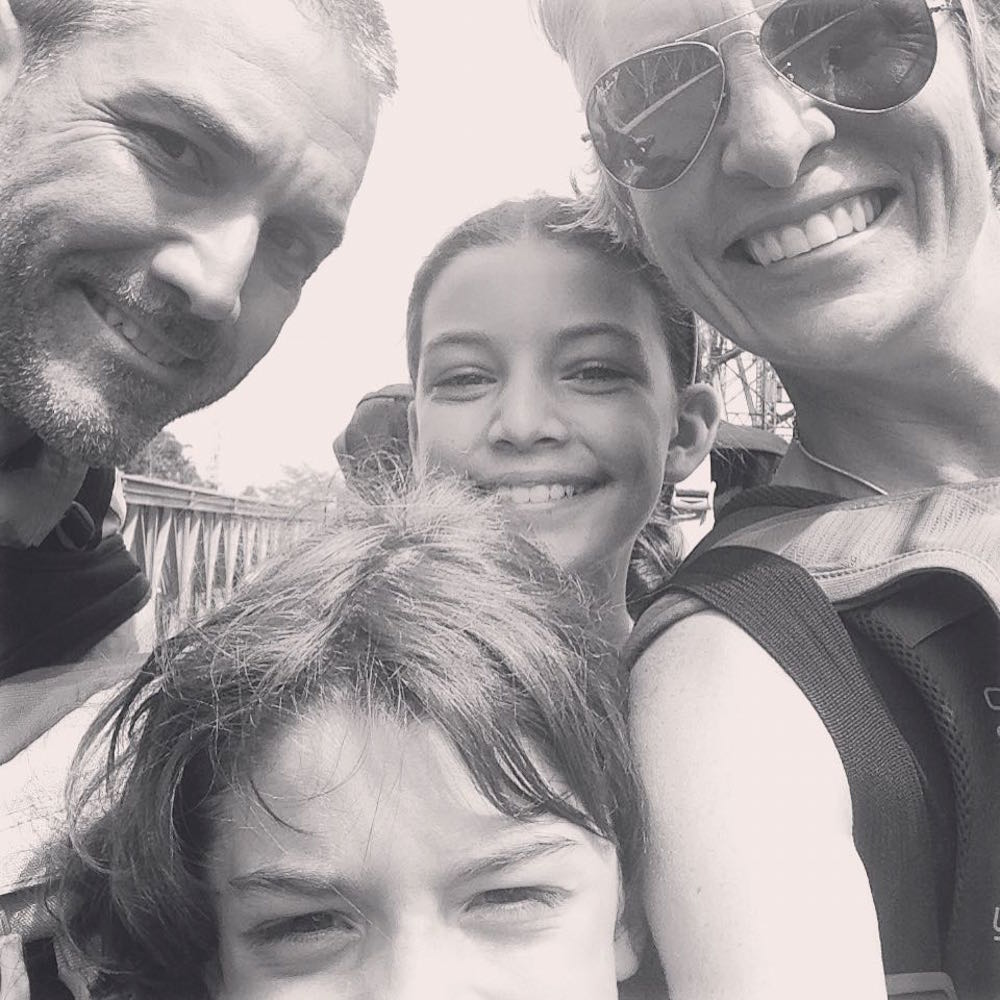 Twenty plus years later that travel fire was still deep down in my gut, my heart, my thoughts and it was banging to get out. See, once you become profoundly changed by travel it is always a part of you.

It may lie dormant for years and even decades, but it will resurface and it won’t be pushed down. Our travel desires came out blazing. They had apparently been repressed for way too long and they were not going to tolerate just a vacation here and there. They wanted to travel and travel big. So now we travel the world, changing countries every 10-12 months with our two tweens in tow and no anticipated stop date.

Those five months in London (and points beyond) ignited a fire in my belly that has been with me every since. Even before the travel life I still feel that travel had an impact on my life.

The list could go on and on, but for now lets just say I became that global citizen while still living in my birth country because of my student trip to London.

Our world needs more travelers, less vacationers and more love for cultures different from our own.