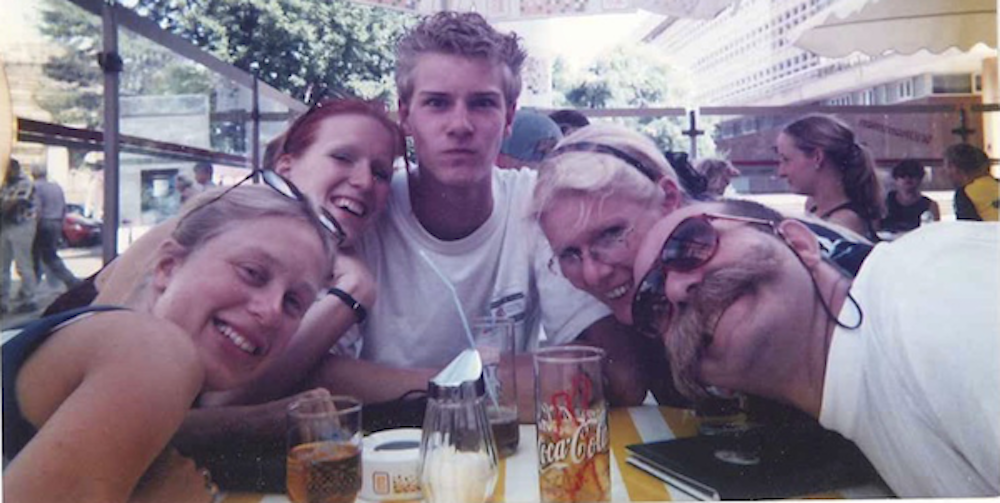 Erin Beard took her study abroad trip as a junior in high school, to Germany. It changed her life forever. This is her story:

The plane’s descent into Dresden made my ears “pop” in that way that makes you wish you had not yawned at 20,000 feet. The leap over the Atlantic started out from Detroit, Michigan, where I had boarded a plane, wobbling on wild feet, anxious, excited, apprehensive, nervous beyond measure, and filled with so much glee it hurt to smile as much as I did. We had to backtrack to Chicago in order to hop the international flight into Frankfurt, and then the small jaunt across Germany to land in “Erin’s City”, Dresden. I was traveling, without parents, with peers about my own age, and only 5 years of a foreign language under my belt to get me across a section of Europe that I dream about over and again.

I was 16 and a junior in High School, on a study abroad trip, with an ambition to do great things, like we all have at that
age. We had been bitten by the travel bug when I was still in diapers; my mom’s family had cabin in (the middle of no-where) Ontario, until I was at least 7. Grandma sold the cabin, but my parents were still under the impression that there was a tremendous lot to see beyond the confines of our fenced-in backyard. My sister and I were actively writing to pen friends through an international pen friend association by the time we were 10 and had befriended many on camping trips to some seriously remote locations. 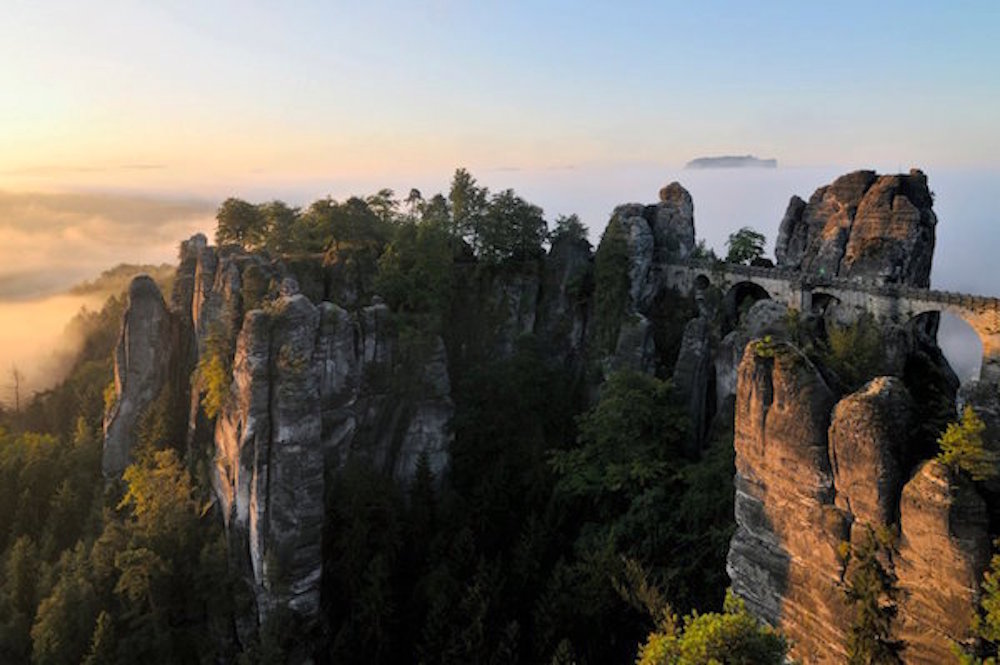 This Trip Was Different

This was my first attempt to hurdle an ocean on my own, stay with people I happened to pick out of a hat (literally), and try to be myself as I went to 2 different schools in 2 disparate parts of Germany, using a second language as my guide.

Disembarking the plane, I looked absurd, as I had to don a “Fahrfromnormal” t-shirt, having spilled hot coffee on my other one. (You learn to pack more reasonable t-shirts in a carry-on the second time around.) Despite my embarrassment, I soon became overwhelmed when greeted with the most giant bear hugs by complete strangers. I continue to call them “Mami und Papa” to this day.

Language Barriers Were Off the Table

This was rule number one on my list. I had my English/German dictionary attached to me like a 3rd arm. I was able to absorb information better using the language that was most comfortable to others. The Saxon accent was flat, much like it is in Toledo, so common phrases and inflections in the ways things were conveyed was simple. I would struggle more when I moved south.

Culture Barriers & Prejudices Were Out Too

It was just another part of the learning curve. The cultural norms, unlike so many at home, soon became commonplace.

Although, your first encounter with Papa’s poster of the naked woman standing in a field of sunflowers that dangles on the back of the bathroom door looking back at you in the mirror, has its own way of breaking the fragile shell. (I sort of forgot to tell my sister about her when she came with me a year later and I heard a scream from the water closet.)

Then There Was School

School was not just education in the class room but a great tool to help with the way I associate with others even now. Yeah, I was the butt of a joke or two, but it got easier as weeks went on.

From starting Gynasium and college prep style education in Hoyerswerde, Saxony to switching gears and shadowing would-be financiers and bankers in the Realschule in Friedberg, Bavaria, it all worked on me. I found I was no better in Mathematics auf Deutsch than I was in English, my German colleagues were better at English than I was in English class, and don’t get me started on Latin. Friendships were molded, accents picked up, and soon I began telling my own jokes.

Those were the moments that counted just as much. 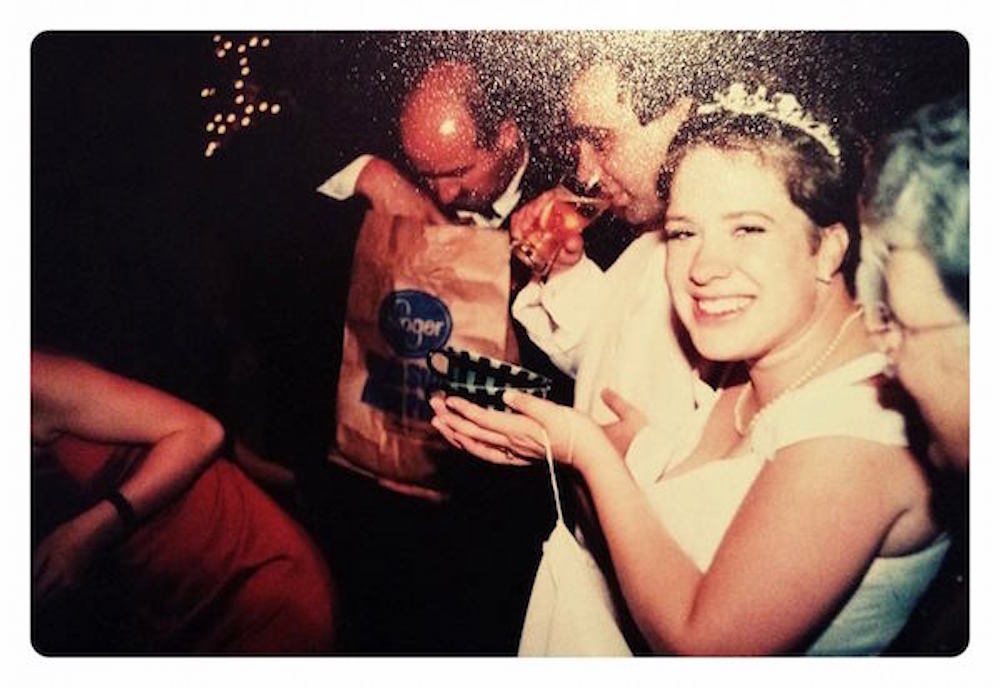 My Heart Divided Between Two Continents

My phone calls to my parent’s back home were the “make it quick, this is gonna be costly” kind, and I had to squeeze everything into 5 minute conversations. At one point, I had a difficult time explaining to my mom I was going “ins Kino”, not realizing I was describing to her in German that I was going to the movies.

I had become so accustomed to where I was, I didn’t recognize the flip between the me back home and the me I had become. I had let my heart go the way of experience and let my mind wander along in amazement of everything that I had been able to accomplish, absorb and cherish.

There was an accidental friendship that says more than anything to the benefits of travel and what it has brought me. It has brought me to Anne, and Anne to me (again, literally).

She came to us, a fledgling traveler, her first time jumping a sea to see what was on the other side. I turned around and went right back. Back and forth, summer after summer, for a total of about 3 years. We passed this way until I got married, but that didn’t stop the friendship.

The next time she came, it was with Mami und Papi, and their presence at my wedding was more than any girl could ask for on her big day. But beyond anything, it was because they had become the family that I was to be tied to for life. We have kids now, we catch up regularly, we say we will meet again soon, and come March, that looks to be a 100% go!

Through my experiences, I have been able to rise above the boarders that seem to close us in. I have been able to make friends and memories with people I would have never come across otherwise. I will one day share a nice glass of red, rekindle old memories, walk my street of my old village and probably kiss the ground while I am there.

Until then, my heart grows ever more homesick.