Eva Earlyta is an Indonesian woman, writing in English as her second language. We’ve decided to leave this in her voice, even though the English isn’t perfectly standard. Part of the joy of travel is interacting across language and culture barriers, and we’re so happy to be sponsoring Eva’s growth through her gap year!

I live in Indonesia and was born in a small town in East Borneo, as I grew up my parents had set the path for me, in this matter is education path and I’ve been following their decision making toward my education right until I finished University. Right after I finished University my parents want me to apply to work for government institution but I have never have a passion to work as a civil servant, it not where my passion lays.

As a result, my relations with my parents get tense, they argued that working for the government will provide me with the safest option for the future and when I get older. Despite of the tension I gathered all my courage to go with my own decision and I worked for Venezuela and Argentina Embassy in Indonesia. It was the first time in my life I made a decision for me and do what I really want to do and the sensation when I managed to achieve my own goal is indescribable.

As I spend 3 years working for the Embassies, I got the chance to involved in several Environment Projects. One of the projects that left an impact was the one in Borneo where the project is reforestation of an area in Borneo that caught in fire, resulted that half of the Orang Utan population diminished. The particular project has opened up my eyes about what happened in my home town. 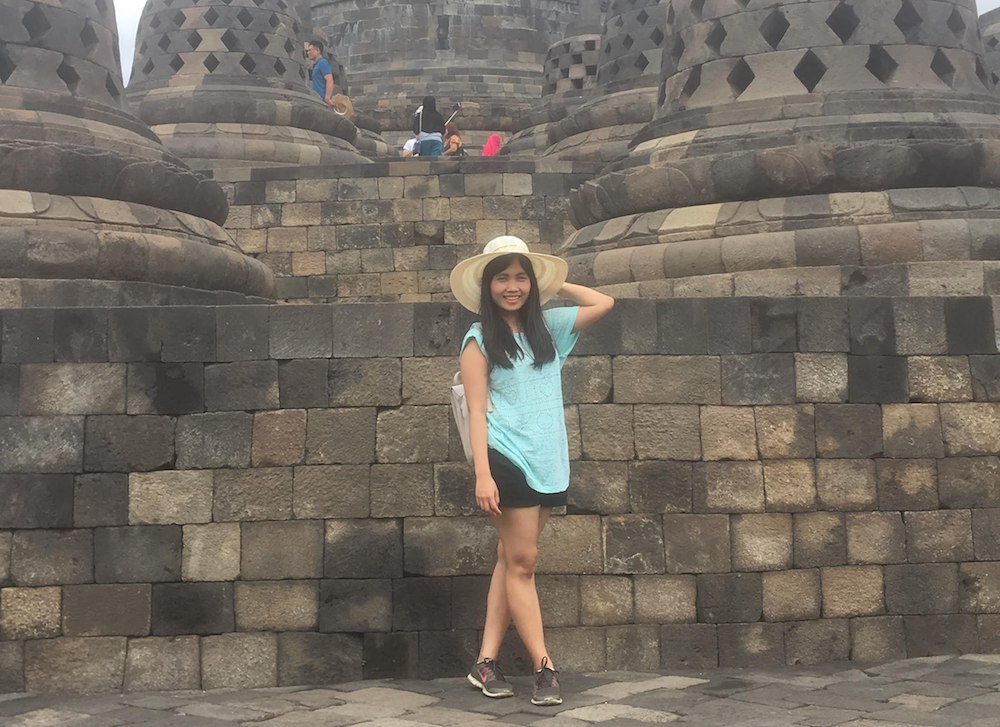 Since I sit in the University, I had never go back to my hometown and it has been 6 years as time passes by I have been caught up with the busy life of capital city and get drawn in the competitiveness way of living without slight glimpse idea what happened out there. The reforestation project had me thinking about the environment I used to see while I was a kid grew up in Borneo and after nearly 10 years passes it has changed so much in a bad way.

The particular project forced me to face up to the fact that this is really happening in Indonesia not only in Borneo but also in other island also just few people that care to solve this problem. Indonesia is a country that packed with natural resources and for the past few years Indonesia has become the lung of the world. However, a several problems challenge the exploitation of the forest and the habitation for wild animal, for example deforestation and turn an area into a palm oil plantation and or mining.

From what I can remember in my childhood, there are countless of green space such as park from my hometown and the fresh air that the nature has offer. Nowadays, I could spot the mess appear from the exploitation such as soil nutrients losses, and the decrease number of protected wild animal as well as vegetation. From my point of view, this issue happened due to the lack of awareness and unclear regulation from the government. I feel like my hometown and the credibility of my country being the lung of the world will never go back if no one take an action to combat this issue.

My goal is to be able to protect my hometown and its nature, save the environment from further exploitation, but I could not help if I don’t have the skill, knowledge and experience linked. One day I was browsing through the internet and I found an article in the news about a group of young people doing a gap year abroad while learning about the sustainable living, and it enlighten me to do a gap year as well.

At the beginning the concept of gap year is not familiar with me, all I could’ve think of Gap year is like a holiday break from Uni, but then I found out that there is so much stuffs I could do with gap year. Therefore, for this particular issue I would like to use this opportunity to do a gap year involving in some environment eco-project and sustainability or environment conservation.

My goal is to use the time I will spend on gap year trying to learn about reforestation, the better way to use soil, how to manage an eco-friendly industrial business.

I have learned the importance to do a gap year is to take a break from our routine and take the chance to learn and experience something new, to discover the world and interact with people across culture and nationality. From where I live now, the society is not familiar with gap year either, and there is not much people decided to do a gap year, but I have read lots of people experiences during their gap year, how it changes their lives, how they experience something new, it makes me believe that knowledge and skill not only learned from school but also from the practical experience.

I wish my decision of taking the gap year could inspire my friends and enlighten the society to familiarize themselves with the concept of gap year.