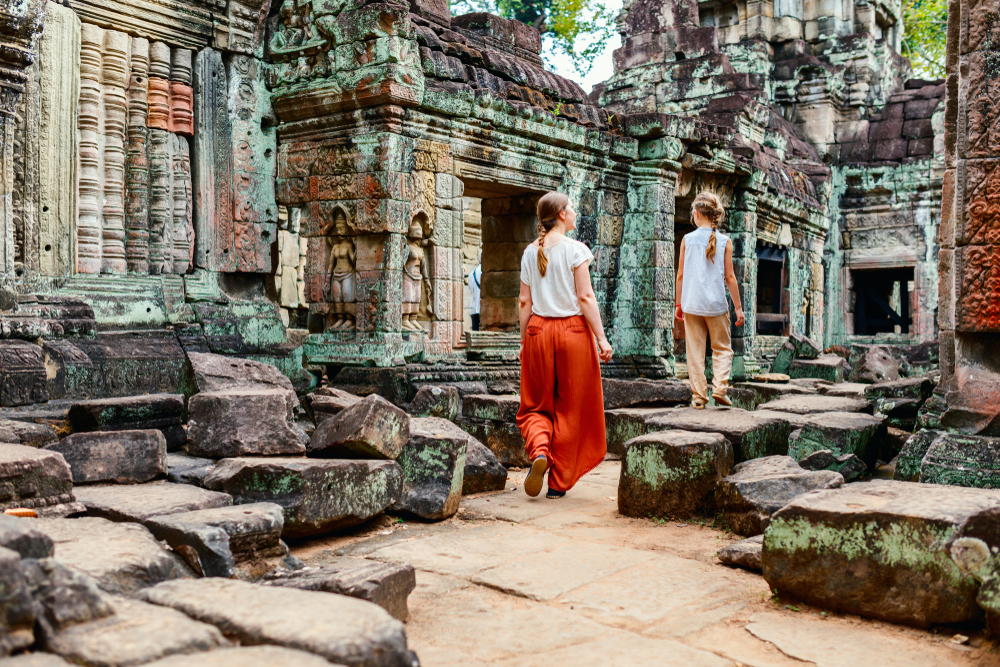 Increasingly there is apprehension as a high school student approaches graduation. The costs of higher education are rising. The statistics regarding the number of college graduates who cannot find employment in their fields is disturbing. More and more young people are unsure of what they want to study and are questioning the path forward after graduation.

Traditionally, we’ve pushed our promising students from high school to university to prepare them for a well paying career. However, as the world continues to change and the work force with it, the tried and true path is no longer, well, tried and true.

Data tells us that many graduating seniors are not prepared for the university environment and don’t have clear direction as to their career path. It doesn’t make a lot of sense to dive into a degree program with a price tag of tens of thousands of dollars per year without knowing if it’s the right path.

What’s the alternative? A gap year.

Gap years are common in other countries, across Europe and Australia. It is a year taken, typically, to travel, explore interests and build an education outside of the classroom. It is a year for students who are often burned out on the traditional education process to recharge their batteries, figure out what it is that they might like to do, and learn in experiential ways. Does it have to be a whole year? No, of course not. A gap experience might be as short as three months, or a semester. Or, it could be an entire academic year in the world.

Common objections to the idea of a gap year include the thought that it is a waste of a student’s time, that delaying university admissions for a capable student increases the likelihood that she will not return to her studies. Other families object to the cost of a gap year and question it’s value as compared with a similar investment in an academic setting.

Studies are finding that these objections are not well founded.

In fact, 90% of students who take a gap year return to university within a year. Not only do they return, their academic performance, as measured by GPA, is higher than that of their non-gap peers. The average university student will change his major 3-5 times, adding substantially to the length, and expense, of the college experience. Students who have taken a gap year are less likely to do this. When one figures in the substantial expense of the additional tuition cost from frequent major changes, the argument could be made that taking a gap year is a bargain and actually saves money in the long run, while providing that priceless real world experience.

What accounts for this increased performance and focus on the part of returning gap year students? The data is not conclusive, but the anecdotal evidence points to the real world experience garnered during a student’s gap helping develop focus. A gap year allows a young person to experiment with her interests in a low-consequence setting (their grades and academic future are not on the line). It is a time that can be spent nibbling around the edges of a potential career path, or several.

Taking a year off have a positive effect on students’ motivation, it also translated to a real boost in performance in the first semesters at university.

88% of Gap Year graduates report that their Gap Year had significantly added to their employability.
Gap Year students are perceived to be ‘more mature, more self-reliant and independent’ than non-Gap Year students. [Birch, “The Characteristics of Gap-Year Students and Their Tertiary Academic Outcomes”, Australia, 2007]

Students who have taken a Gap Year overwhelmingly report being satisfied with their jobs. Upon further inquiry, Haigler found that this was related to a less-selfish approach to working with people and careers. [Karl Haigler & Rae Nelson, The Gap Year Advantage, independent study of 280 Gap Year students between 1997 – 2006]

How to plan a gap year.

If you have (or are) a high school student, then the time to start planning is now. Most students will begin saving for, and planning, their gap experience during their junior or senior year. The Gap Year Association curates statistics on the benefits of gap years, accredits organizations providing gap experiences, and lobbies in the political arena, working towards the application of FAFSA funding towards programs including academic credit. Their website is a great place to begin your research and look for accredited programs to participate in.

Another great resource for those interested in designing and independent gap year is the Gap Year 30 Student & Parent courses, produced by BootsnAll. These 30 day boot camp style e-courses will walk students (and parents) through everything they need to consider in beginning to plan a gap year that includes travel. The courses are free.

If you’re already applying to universities, that doesn’t mean you can’t take a gap year. Most universities will allow students to defer enrollment, once accepted, for up to one academic year. What does that mean? It means that you are accepted and they will hold your place and your financial aid package for an entire year if you want to take some time off between high school and university. How cool is that?

Have questions? Check out our affordable Gap Year options. Or, reach out and ask jenn@bootsnall.com.